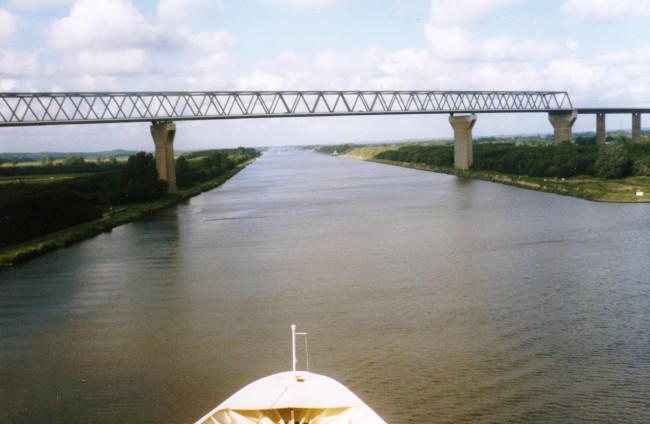 When you think of actually transiting a major canal, the names of Panama and Suez come instantly to the forefront. The Kiel Canal, which cuts across the base of modern Germany from the North Sea to the Baltic, probably comes in a poor third.

But in actual fact, the Kiel Canal is the busiest artificial waterway in the world. No less than 43,000 vessels made the sixty-one mile transit in 2007. And, while the canal cannot accommodate the much larger vessels that pass through Panama and Suez, it is a scenic treat in its own right; savvy, in the know passengers booking Baltic cruises actually regard the eight hour, one way transit of the canal as one of the highlights of their voyage. Many actually book on smaller ships that they know can actually make the transit. 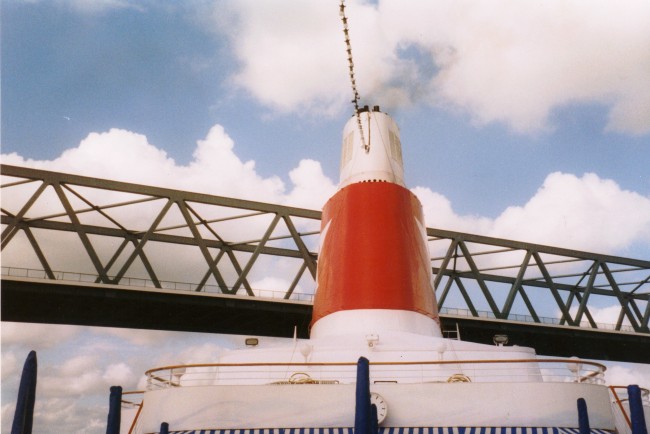 The canal was not envisaged as a scenic joyride for modern day voyeurs. It was originally ordered to be constructed by the first Kaiser Wilhelm. His unstable, sabre rattling son finished the work, intending to use it as a short cut for his growing navy to venture from the Baltic to challenge the Royal Navy in the North Sea. Until 1948, it was known as the Kaiser Wilhelm Canal, after his father.

Nine thousand men started construction on the canal in 1887, and it opened on time eight years later, in 1895, Later enlargements widened it. In September 1940, it was just big enough for the brand new Bismarck to pass through.

This tiger shark of a battleship remains the largest vessel to date to transit the canal; her dimensions actually exceeded today’s safe limits of eight hundred feet long, one hundred and five feet wide. Little wonder that her captain and bridge officers were on tenterhooks for the entire fraught transit. She crept through the waterway, with all her anti aircraft guns manned for the entire passage. There are still one or two pictures in existence to this day, showing the Bismarck just clearing the top of the monolithic Rendsburg Bridge.

This is one of some ten road and rail bridges that vault across the flower strewn banks of the canal. There is also an underwater tunnel, and no less than fourteen crossing points for local ferries.

Sailing the length of the canal today is a uniquely rewarding experience. Green fields stretch off as far as the eye can see to either side, while the canal front is studded with small, sturdy inns and guest houses. Ships of every size and configuration beetle idly past, saving themselves a journey of something like two hundred and fifty nautical miles (460 km) around the top of neighbouring Denmark.

In winter, a sparkling carpet of ice and snow blankets the landscape, and makes a voyage through the canal into an almost fairy tale experience. Pools of light shimmer on the water as a stunning panorama of stars unfolds across the clear, crisp night sky.

As journeys go, cruising through the Kiel Canal is a unique, quite unforgettable experience. It ranks somewhere in between the scenic smorgasbord of Panama and the fly and sand blown trudge through ancient Suez. if your bucket list is looking a little short on memorable experiences, this might well just be one to add ‘for the road’. Enjoy!