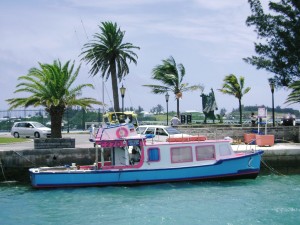 Bermuda is a famous beauty

Royal Caribbean International has just issued a new, 132 page brochure for the UK market, covering all of the line’s worldwide itineraries through into 2016.

Among the first time offerings is a package of seven night, round trip fly cruises to Bermuda from New Jersey’s soon to be upgraded Cape Liberty cruise terminal on board the 2007 built Liberty Of The Seas, the second of the three ship Freedom class.

A total of twelve, seven night packages are on offer, inclusive of flights to New York or Newark, an overnight hotel stay with all transfers, and a five night cruise to Bermuda on Liberty Of The Seas. At 154,500 tons, this is a huge resort style ship, with accommodation for 3.634 passengers. Each sailing will feature an overnight stay in the King’s Wharf area of Bermuda– originally known as the Royal Naval Dockyard- a definite step up on the normal daytime visits in the Caribbean trade.

While it has long offered Bermuda cruises to the British traveller, this is the first time that Royal Caribbean has offered a programme of dedicated fly cruises for the Bermuda market. Also cruising to Bermuda from Baltimore, the smaller, Vision class Grandeur Of The Seas is offering her usual summer programme of seven night voyages, each of which includes a full, two night stay at King’s Wharf. These are currently sold as cruise only. 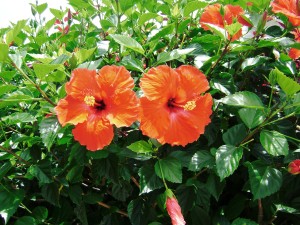 Twenty one miles long and two miles wide, Bermuda is compact enough to explore pretty well over the course of two days. Highlights of the island include the current capital of Hamilton, and the original capital of St. Georges, now a designated UNESCO World Heritage Site.

Blessed with amazing, blush pink coloured beaches and a benign summer climate, Bermuda is a real alternative summer time destination to the islands of the Caribbean, a full thousand miles to the south. The hospitality of the locals is world renowned, and with very good reason; the area around King’s Wharf also offers a good range of open air bars, dining venues and clubs, all within a short distance of the cruise ship piers.

While relatively short on time, these are very highly styled breaks that combine the beauty and tranquility of Bermuda with all the fun and attractions of one of the most modern, state of the art mega ships currently at sea. Add in the potential to do some shopping and sightseeing in New York, and the appeal of this trip becomes obvious.

Methinks Royal Caribbean is on a winner with this one. 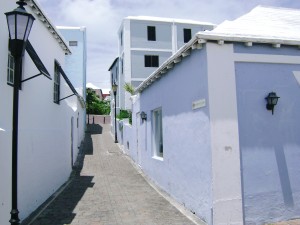 Side streets of St. George’s, Bermuda 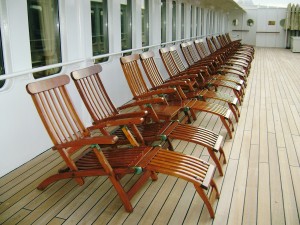 The very essence of the old ‘Cape Run’

The Cape Run. In the old days, it was the thing of legends. In the years before the air was filled with the sound of screaming jets soaring overhead, the famous, lavender hulled Union Castle liners used to sail from Southampton, heading south on the two week long voyage to the crown jewel of South Africa.

As voyages go, it is perhaps second only to the Atlantic crossing in terms of the nostalgic joy that it still conjures. But, rather than the frantic, often cold weather dashes of the great liners to and from the New World, the ‘Cape Run’ was a much more languid, civilised affair, usually stretched out over a couple of weeks.

It was also a vastly different kind of adventure; the Union Castle liners were generally decorated to resemble floating English country houses, decked out in acres of dark wood, and what many would now find to be toe curling chintz. It was a world of languid afternoon teas. shuffle board on long, open promenades, and the odd dinner dance out on deck. Passenger numbers were much lower than on the Atlantic, and the ships were much more intimate.

Leaving the cold of Great Britain, weather would usually improve rapidly after the often stormy passage over the sometimes petulant Bay of Biscay. By the time the ship reached Tenerife, temperatures had usually climbed enough for passengers to use the outdoor pool and sun bathing areas for most of the voyage. Unlike on the Atlantic, the weather seldom made the Cape Run an almost exclusively indoor experience. 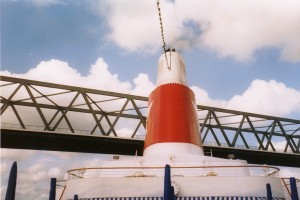 Fred. Olsen offers occasional voyages to or from the Cape

Obviously, the voyage had lots of sea days, enhanced by occasional stops in such places as remote Saint Helena, scene of the second, final exile for Napoleon Bonaparte, and the  rugged splendour of Walvis Bay. And, if journey’s end perhaps lacked the instant drama of the approach to Manhattan, then the sight of the cloud draped Table Mountain at the end of the voyage must have had it’s own, immediate drama.

Of course, the voyage ran in both directions, year in and out, for many decades. Finally done in by the droning jet air armada, the sailings finally ceased in 1977, leaving a kind of retrospective, nostalgic yearning for yet another elegant experience, seemingly consigned to the memory bank of history.

Happily, opportunities do still exist to travel the ‘old run’, usually in the shape of repositioning voyages. These usually occur in late autumn, or as part of a World Cruise itinerary, usually sailing in January. So, if the idea of sailing to the Cape appeals to you, here’s a few options worth considering.

Please note that this blog does not cover such passenger/cargo options as the RMS St. Helena, or the freighters of Safmarine which also sometimes carry passengers. These are beyond my bounds of experience. In that respect, you might want to look at a specialist website such as The Cruise People at http://www.cruisepeople.co.uk 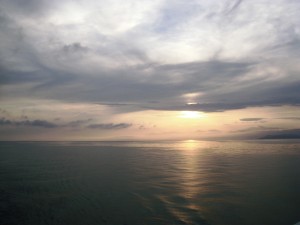 Leave winter behind on a voyage to South Africa

The biggest option- quite literally- is usually offered by MSC Cruises. Each autumn, one or two of their enormous, resort style ships usually sails from the Italian port of Genoa, bound for a winter season of cruises out of Durban, with a Cape Town call en route. Interestingly, many of these sail down the east coast of Africa. With hundreds of balcony cabins, and all the razzle and sizzle of a resort type ship, they offer a raft of activities sufficient to keep their passengers occupied for days on end. They usually return to Italy in the spring, sailing on a similar route.

Cruise And Maritime also offer a rather more intimate style of adventure, sailing the 21,000 ton Astor on a line voyage to and from Cape Town each spring, as part of a longer, winter long deployment to Australia. In terms of ambiance, numbers, and with an emphasis on board on intimacy and relaxation, this spiffy little ship is probably the closest in spirit to the ‘old days’ as you are likely to find these days.

Fred. Olsen Cruise Lines often feature at least one adventure to or from the Cape every year, as part of one of their annual World Cruise programme. Having catered to legions of largely British passengers on their sweetly sized, intimate vessels for decades, Fred. Olsen is probably better placed than anyone to deliver some of the old world, colonial ambiance of the ‘Cape Run’; also, their ships offer a large number of single cabins that make them an excellent value for often heavily penalised solo travellers.

Intrigued? I certainly am. This is a voyage I would love to make and, when it happens, you’ll certainly get the story on here first. Happy voyaging!