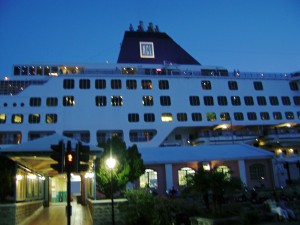 Changes are afoot at Norwegian

News is just breaking that Kevin Sheehan has stood down as the CEO of Norwegian Cruise Line.

Reports state that he has been succeeded in that role by Frank Del Rio, the president and CEO of Prestige, the company that controls both Regent Seven Seas and Oceania Cruises, now partnered with Norwegian.

Sheehan joined Norwegian in October, 2008, replacing Colin Veitch as CEO, and promptly made the line profitable again by 2010, after years of losses. He radically reshaped the concept and design of the then under construction F3 project, cancelling one ship and ushering in the other as the first of the company’s new builds- Norwegian Epic- in 2010.

Under his aegis, Norwegian has grown to a thirteen ship fleet, with another four currently under construction.

Frank Del Rio was one of the co-founders of Oceania Cruises, along with former Crystal CEO, Joe Watters, in 2002.