Enjoy memorable sunsets on a Princess cruise to Mexico

Princess Cruises will offer no less than sixteen seven and eight night Mexican Riviera cruises from Los Angeles over the coming winter season.

Beginning on November 21st, both Crown Princess and Ruby Princess will be making round trip right through until April 9th next year, and again from October 2016 onwards.

All round trip itineraries allow for a minimum of three sea days.

The Princess commitment to the resurgent Mexico run matches recent redeployments to the area by ships from Carnival and Norwegian Cruise Line. Holland America Line is also offering a series of similar sailings, departing from the port of San Diego.

Whether Royal Caribbean will return to the Mexican run remains to be seen; as of now, no sailings for the area are listed on the current UK website.

Of course, Princess are no strangers to the Mexican Riviera; back in the ‘Love Boat’ days of old, the weekly television series revolved around the fun and frolics happening aboard a Princess ship as she sailed these self same waters. The show became a television staple and, indeed, many people still credit it today for starting the great, ongoing cruise boom of the last three decades.

These current Princess ships sailing to Mexico are a lot more sassy, stylish and amenity laden than their dainty Seventies forebears, and the allure of the Mexican Riviera seems to have finally rebounded positively after a few years becalmed by rising crime rates. As a voyage, it provides a welcome, less frenetic option for winter sun seekers that might be jaded with the Caribbean.

Worth considering, especially with a few pre or post cruise hotel days at one of those sun splashed beach cities of LA.

Slowly, like a patient coming out of a long term coma, the market for cruises to the Mexican Riviera is beginning to revive. And, in the opinion of many, that’s not before time.

As winter sun destinations go, the seven day ‘Riviera Runs’ that sail round trip from Los Angeles are a pretty compelling alternative to the overcrowded winter hugger mugger of the Caribbean, though the latter certainly has better guaranteed weather. Mazatlan, Puerto Vallarta and Cabo San Lucas form a pretty compelling troika of ‘greatest hits’ ports of call, ranged against the smoky blue sprawl of the Sierra Madre mountains, that offer a very different experience to their vibrant Caribbean counterparts.

Yes, the beaches are wonderful, and the Margaritas are fantastic, frosty confections found almost everywhere. But the pace is less frenetic- a consequence of it being much, much, less crowded. And, of course, the truly star struck have the pre- cruise option of venturing out on star spotting safaris in La-La Land. Pretty good, eh?

But for something a bit more, well, inclusive, I’m really taken by some of the Mexican Riviera cruise being run by Norwegian Cruise Line this fall. They combine departures from my favourite California city- San Diego- with eleven nights’ aboard my favourite ship in the Norwegian fleet- the always excellent, hugely under rated Norwegian Sun.

The company never promotes this wonderful ship to anything like the same degree as her newer siblings, but she has always been something of a trailblazer. And that reputation is freshly enhanced with these new cruises that really do give you more of Mexico than simply the banner ports of call.

For many years, Acapulco was the gem of the Riviera. In the so called ‘Swinging Sixties’ it was perceived as one of the most glamorous resort cities in the world. Time and tide chipped away at that carefully applied make up, and the city became almost a no go zone by the late nineties.

Now, freshly powdered, tidied up and inherently more appealing than it has been in many a long decade, Acapulco is back on the menu- at least for the Norwegian Sun and her passengers. I suspect this might be the first of many returning vessels over the next few years, as Pacific Mexico begins to aggressively assert itself to the cruise industry once more.

Also on the menu is a call at the beach resort of Ixtapa, and a full, two day call at fun filled, bohemian Cabo San Lucas, a place that feels in parts like a Pacific version of Key West. Also on the menu are both Mazatlan and Puerto Vallarta, those other two members of the ‘Holy Trinity’ of Mexican coastal ports.

Combined with an option to spend a few days getting reacquainted with cool, classy San Diego, these longer, more in depth cruises on the always excellent Norwegian Sun could well be the perfect cure for your looming winter blues.

I know fine well that they may very well be the cure for mine. Anyone else in? 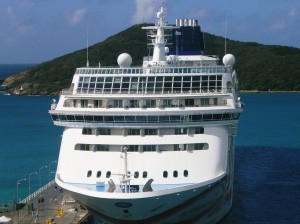 The Norwegian Sun in the Caribbean

Carnival is going back to Mexico

In a move that should prove hugely beneficial to the Mexican economy, Carnival has announced that it will return to year round, Mexican Riviera cruises from the port of Long Beach, in Los Angeles. The Vista class Carnival Miracle will undertake a series of three different, seven night itineraries, as well as a couple of longer swings out to the islands of Hawaii and back.

The seven day Mexican Riviera market had been in decline for several years; with on shore violence in Mazatlan especially being a reason cited for many companies withdrawing ships from what had once been a popular cruising circuit.

With the return of the 88,000 ton Carnival Miracle, the route gets it’s first year round vessel for several years. Carnival Miracle has yet to receive the series of Funship 2.0 series of dining and entertainment upgrades being gradually rolled out across the Carnival fleet; but she is scheduled for a dry docking in March, 2015 which is expected to bring her fully up to specification.

The first of the seven night offerings is a return to what was the original classic run; a seven night round trip that showcased day long stops in Puerto Vallarta, Mazatlan, and the famous seaside resort of Cabo San Lucas.

The second itinerary should prove really popular, combining a two day, overnight stop in the popular destination of Puerto Vallarta with another, day long stop in Cabo San Lucas.

Itinerary number three showcases a day in Puerto Vallarta with a two day, overnight stay in Cabo San Lucas. However, those contemplating sampling some of Cabo’s legendary night life are in for a disappointment. The resort is a tender port, and tenders do not run at night.

As also mentioned, the Carnival Miracle will also make a couple of exquisite, fifteen night forays from Long Beach out to the Hawaiian Islands and back the first in October 2015, and the second one a month later.

In addition to the seven night runs, Carnival also operates two smaller sister ships, Carnival Imagination and Carnival Inspiration,  from the ports of Long Beach and San Pedro, the main port of Los Angeles, on a weekly series of three and four night cruises.

Three night cruises call in at the Mexican port of Ensenada, while the four night sailings add in the resort of Avalon, on Catalina Island.

Combined with the return of the rival Norwegian Star to seven night Mexican Riviera sailings out of San Pedro, the arrival of Carnival Miracle in Long Beach offers another, no doubt welcome sign of better days ahead for this once popular cruise circuit. 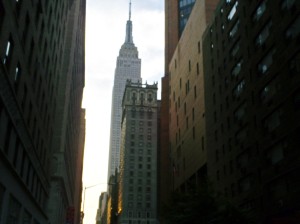 Carnival Cruise Lines has announced that their dedicated, year round New York based ship, Carnival Splendor, will be leaving the city to be redeployed from Miami, effective November 9th 2014.

The 113,000 ton, 3,006 passenger Splendor has spent a few seasons in year round sailings from New York, mainly to the Bahamas. There is usually at least one Bermuda cruise per season, pencilled in for June next year.

As of yet, no replacement vessel has been announced, but it is unlikely that Carnival will leave the lucrative, year round north east trade solely to rivals Norwegian Cruise Line and Royal Caribbean.

Carnival Splendor was built by Fincantieri in Italy, and made her debut in 2008 as a one off, stand alone ship, the only one of her kind in the Carnival fleet. She spent her first months cruising in Europe, before making a headline grabbing cruise around South America, prior to an eventual arrival in her home port of Los Angeles.

From there, the ship made an inaugural, five day run down to Ensenada and Cabo San Lucas (I was aboard) before settling in to the week long circuit down to Cabo, Mazatlan and Puerto Vallarta.

It was in this role that she suffered a highly publicized engine room fire that left her disabled and adrift for several days. The ship had to be towed back to San Diego for costly repairs that lasted several weeks.

After a couple of more seasons on the LA run, Carnival Splendor repositioned to New York via South America- the ship is too big to transit the Panama Canal- and she has remained a popular staple on the year round Bahamas run ever since. Unlike the slightly smaller Conquest class, Carnival Splendor has a sliding glass roof over her central, twin level pool area, making her the ideal ship for winter sailings to the Bahamas.

And hello to sultry Miami

Her redeployment to Florida ups the number of Carnival ships sailing from Miami/Port Everglades to seven. Offering everything from three to eight day itineraries, the Carnival septet is expected to carry something like 1.2 million passengers between them per annum.

The Carnival Splendor will reposition to Miami via two eight day cruises, the first from New York to San Juan, and then a second leg from San Juan to Miami. Once in the Florida port, she will begin alternating, seven night Eastern and Western Caribbean itineraries, sailing every Sunday.

Details of a replacement ship out of New York will be listed here when available. Stay tuned.