Interested in trying the classic Cunard on board experience for yourself, but unwilling to make a first time commitment to a long, potentially expensive voyage?

Or maybe you’re already a die hard fan, short on time, but looking for a tasty little top up of that famous on board ambiance?

Both of these can be realised on a short, two to five night break on one of the storied ‘Three Queens’ in Europe next year.

Queen Mary 2, Queen Victoria and Queen Elizabeth will offer a whole raft of trips between them. Starting in January, you can visit prime European short haul ports such as Zeebrugge, Amsterdam, Guernsey and Hamburg, while still lapping up the on board vibe.

To coincide with some of her Atlantic crossings that embark in Hamburg, there are options to sail on the Queen Mary 2 from Southampton to Hamburg, or indeed vice versa. These jaunts give you two full days on the Cunard flagship-fresh from a substantial refurbishment and upgrade in the late spring of 2016.

The voyages, running through until December, offer a cost effective way to experience life on board one of the famous famous trio of ships at sea, plus the chance to step ashore and enjoy the lifestyle in some of Europe’s more invigorating ports.

Worth a look for sure. 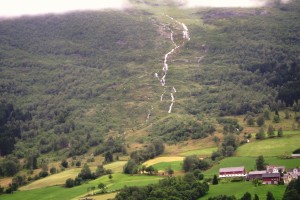 The stunning beauty of Western Norway

After months of rumours and stop-start negotiations, start up company Norwegian Seaways has finally announced the oft bruited resumption of a direct ferry service between Newcastle and Western Norway. This will be the first such direct link between the UK and Norway since the 2008 demise of the Bergen Line.

The route, scheduled for two weekly round trips from North Shields to both Bergen and Stavanger, is tentatively scheduled to start from the Tyne on April 14th next year.The trips, which will also be sold as mini cruises, will be of about three days’ duration each.

However, the firm date, as announced in Stavanger last week by Peter Iles, chairman of Norwegian Seaways, has been apparently greeted with astonishment by his own board, according to a Norwegian newspaper. They seem to have concerns that the ship- believed to be a ferry acquired from the Mediterranean- might not be ready for that early start date.

In any event, this seems a relatively minor storm in a teacup. The vessel in question is said to be around 27,000 tons, and with a length of around two hundred metres. With the intention of capturing both the business and holiday market, the as yet unnamed ship will boast a full service spa, several bars and restaurants, a casino and a disco. Cabin configurations are as yet unknown.

She will also be fully stabilised. That’s a key requirement for the often mercurial North Sea, and especially important as the ship is expected to sail year round. A move is afoot to promote Norway as a potentially viable ski-ing destination during the winter. The fact that a ship would have a far more generous baggage allowance than any budget or scheduled flight could be a key marketing advantage for the projected new service. 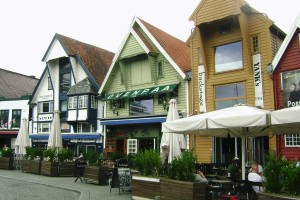 Western Norway has huge potential as a ski destination, with runs at least comparable, if not far superior, to those of winter France, Italy and Switzerland. It’s unclear yet what the car carrying capacity of the ship will be, though obviously there will be a full trailer and lorry carrying operation on the ship.

The service should also have considerable appeal as a cruise/ferry option. Both Bergen and Stavanger are extremely attractive ports in their own right, especially in the long Nordic summer nights. It is to be hoped that the new company will also offer a cruise-and-stay option, both for passengers from the UK, and those embarking in Norway to visit the Newcastle/Durham region.

This is definitely one to keep an eye on for 2014. As always, my advice is to stay tuned.

UPDATE: The vessel in question is said to be the Zeus Palace, originally built in 2001. In her current configuration, the ship has some 500 staterooms for around 1300 passengers, and a capacity for some 1,000 cars. She is currently sailing for Italy’s Grimaldi Lines in the Mediterranean.

Another update: A second company source has just said that the company has not purchased any vessel, and that the service might not start in 2014 at all. Bit of a dog’s breakfast……